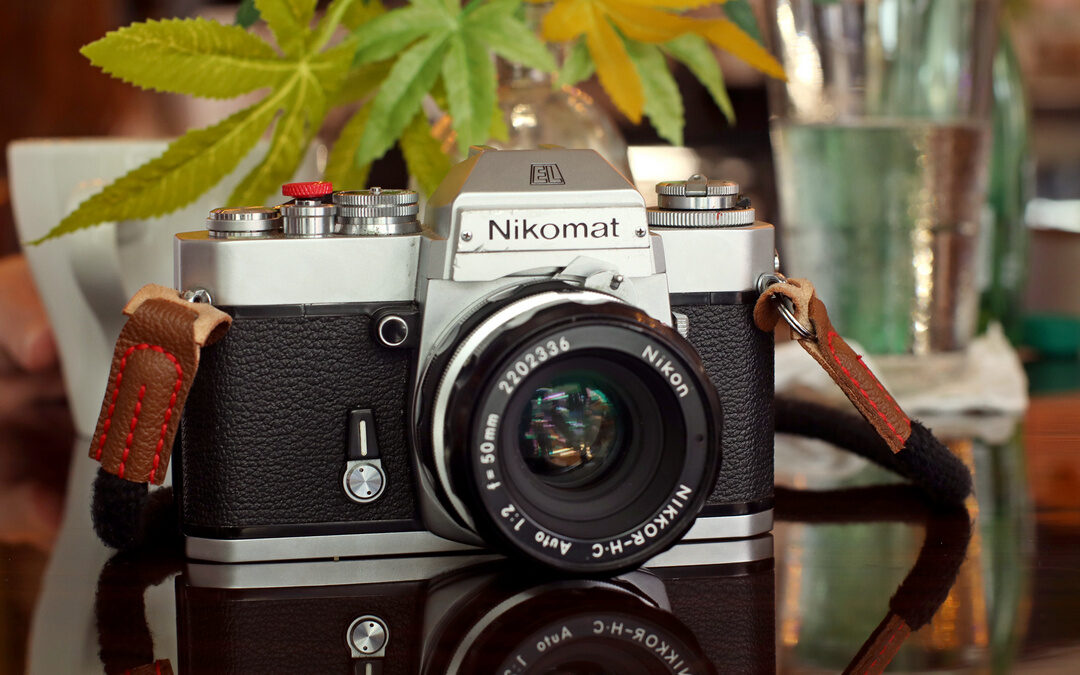 The Film Used For Testing This Camera: 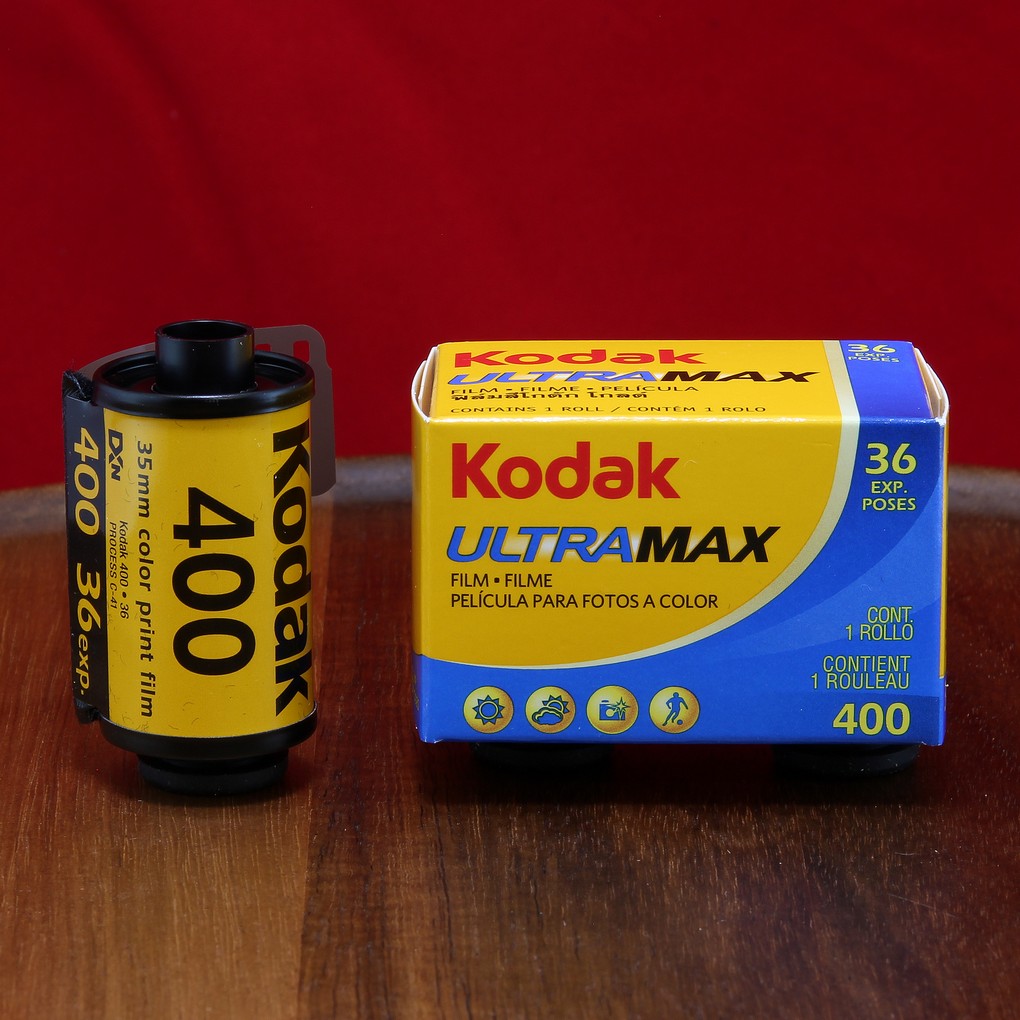 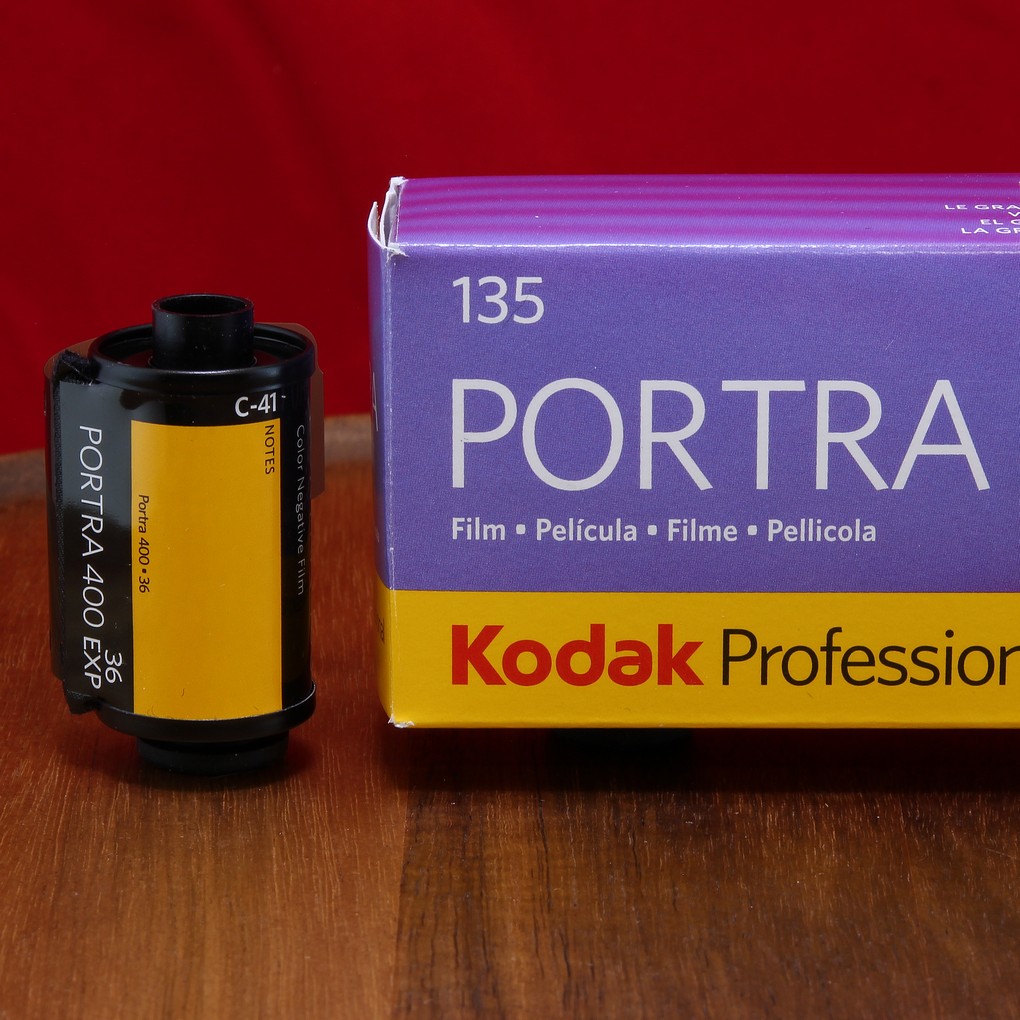 Where was this camera obtained from?

I bought a collection of Nikon cameras from my former co-worker who obtained them from his father.

I gifted this camera to one of my film customers at work, Chris Foster, to replace his ailing Pentax K1000 which has a light meter that stopped working.

All I asked from Chris in return was to write an article sharing his experience with the camera. The following is the wonderfully written article Chris wrote for the Will It Shoot series.

Loading the Nikomat EL with Kodak Ultramax 400. Photo by a girl I like on a Fujifilm Disposable.

I’m sitting down to write this after my good friend, David Neff over at Creative Photo, made me the generous offer to test out one of his Nikomat EL’s in exchange for typing these words for him.  More specifically, to type words pertaining to my experience shooting with the camera, which I will do.  I promise.

But if you would be so kind as to indulge me in telling you a little bit about my history of shooting on cellulose, maybe it could inform you a bit more about the Nikomat if I give you some context around the amateur behind the lens.  But, then again, maybe it won’t.

I started shooting film in the dead middle of the Summer of 2019, carrying around a backpack full of Fujifilm disposables while making medical marijuana deliveries throughout Southern California between a gap in movie gigs.  I tried the Kodak FunSaver out but after walking around for a week with a bright yellow rectangle that felt more like one of those children’s View-Masters,  I became a hardcore Fujifilm stan as I needed something a little more discreet while participating in mostly legal activities and occasionally photographing them.

After a year and a half of practicing with the much more practical green disposable rectangles, I moved up to a broken 1978 Pentax K1000 with it’s 50mm stock lens; oversold to me by a woman saying it belonged to her roommate’s mother who had recently passed away.  Perfect.  After failing to solder the loose wire to the battery plate which would have granted me access to the (unbeknownst to me at the time) glorious little light meter just behind the dusty viewfinder, I shot around 25 rolls from January to April while traveling from New York to Maui. It was beautiful.  It was difficult.

While I’m familiar with basic camera settings after making my first couple feature films, shooting without a light meter was a constant guessing game in trying to find the balance between light and shadow.  I began tracking my progress as a photographer by the ratio of usable photos I took.  Whenever I got a roll of film back from the lab, I hoped for 5/36 photos to be usable.  This was… expensive.  But eventually, by my 20th roll I could get maybe 15 or even 20 of them as, generously, “Instagram worthy”.

Honestly, I didn’t even really like most of my photos all that much. I just wanted so badly to capture a feeling rather than a great photograph.  I wanted it to transport me back to the moment I clicked the shutter and feel it again, just a little.  I was unable to achieve this for the first year and a half of taking photos on the unforgiving medium that is 35mm film. I wanted to slow down my frequency of taking photos altogether.  And then one day, it happened.

I took a trip to snowy Corning, New York of all places, with a girl I liked, over Valentine’s Day weekend even though it definitely was just a coincidence that it happened to take place over Valentine’s Day weekend.  I shot a few rolls of Porta 400 and Porta 800 and, finally, I loved the frames I captured.  Maybe it was because I loved the subject of the photos but… it gave me just enough confidence to keep buying more rolls and clicking the shutter.

After hundreds of failed attempts, I found a new way to take photos.  Rather than constantly looking for something that looks photogenic or attempting to recreate an image I might see on r/analog ( www.reddit.com/r/analog )or in a coffee table book, I changed the entire way I looked at shooting film.  I want to steal a moment.  Stealing a frame from time when it was supposed to disappear along with all the others, was now the goal.  After that trip to the glass blowing capital of the country, I left with a new ideology if I was going to continue on: I shoot when I feel something, and only when I feel something.

In the photo below, love.

The girl I like in Corning, NY shot by myself on the broken Pentax K1000

Now, this still left me with the problem of having to guess my camera’s exposure settings which meant, even if I did only hit the shutter when I was feeling sappy, it may come out totally over/under exposed, and the photo would be virtually unusable.

That’s when Dave came to the rescue.

The Nikomat EL is my second 35mm camera not made of plastic, and it’s now my primary shooter.  I love it. It’s sharp, consistent, and durable. 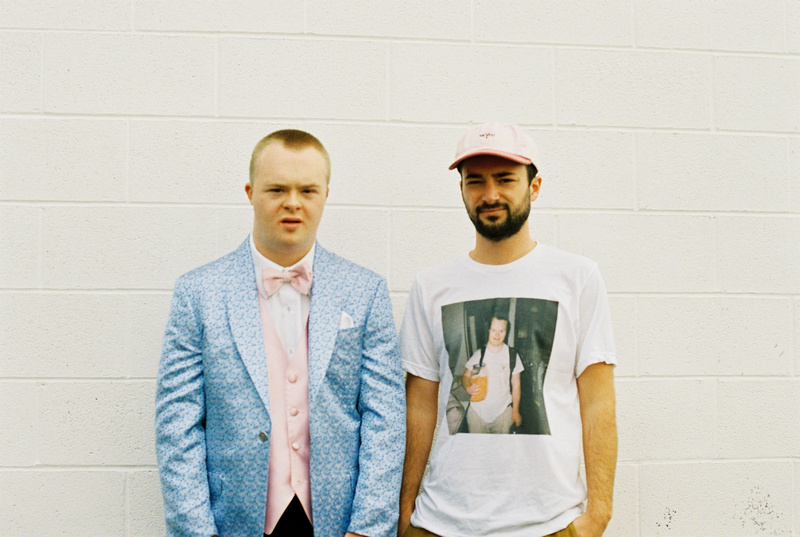 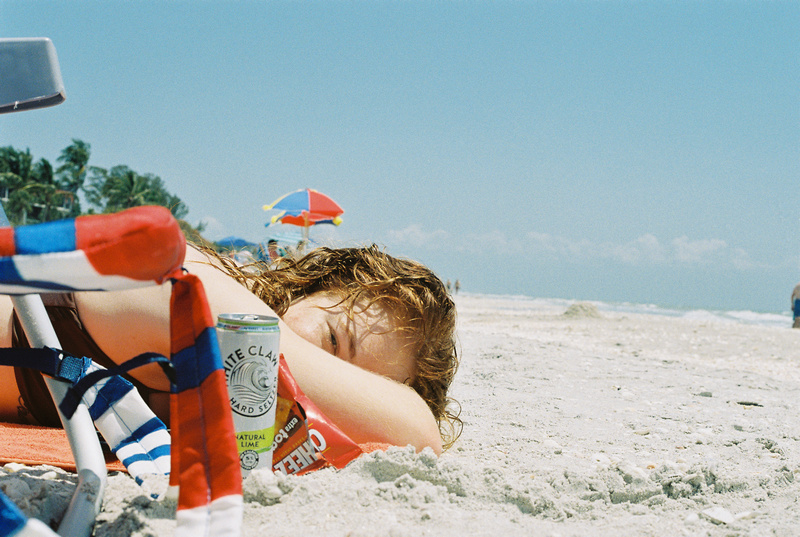 I tested with 1 roll of Kodak Porta 400 and 3 rolls of Kodak Ultra Max 400.  I shot on the stock 50mm f/2 lens, installed a red shutter button and rocked the Micky Mouse strap that Dave included with the camera.

Am I doing this right?

The light meter is a game changer and I don’t know if this particular meter is better or worse in comparison to any other because the only one I ever used literally didn’t move, but it changed everything.  It’s accurate and consistent every time.

Dave gave the recommendation to set the ASA to a third stop overexposed which sets your meter to ever so slightly overexpose your images, giving me much more information to work with in post.  My ratio of usable photos is nearly 100% now with the Nikomat.

I’ve enjoyed exploring the other alien features on the camera like the depth of field preview button and mirror lock up lever.  While I still have no idea what either of these buttons do, I did get a chance to mess around with the self timer switch.

The girl I like and I shot on a self timer with the Nikomat EL sitting propped up in the grass.

I also found it helpful when I was shooting in low light and needed the camera stable but didn’t have a shutter cable.  Just throw it on a tripod and set the self timer for long exposure, clean images.

For the light meter to work, the film advance lever needs to be flipped out which sits just to the right of the viewfinder.  Depending on the distance you hold the camera to your face, I could see this being an annoyance, although I was satisfied with the compromise of easily knowing when the light meter was on or off to save battery.

Now, I absolutely destroy my cameras.  I frequently throw it into my bag without a cap, drop it in sand and snow, and wipe the lens with whatever material is most convenient.  I treat my cameras like tools with a means to an end.

That being said, I’m the perfect person to let you know about the durability of this camera.  While it is a little heavy and I may look for something lighter and more compact as my next daily shooter, this thing can take a beating.  It is also worth noting that I may just think this camera is heavy because I am weak. 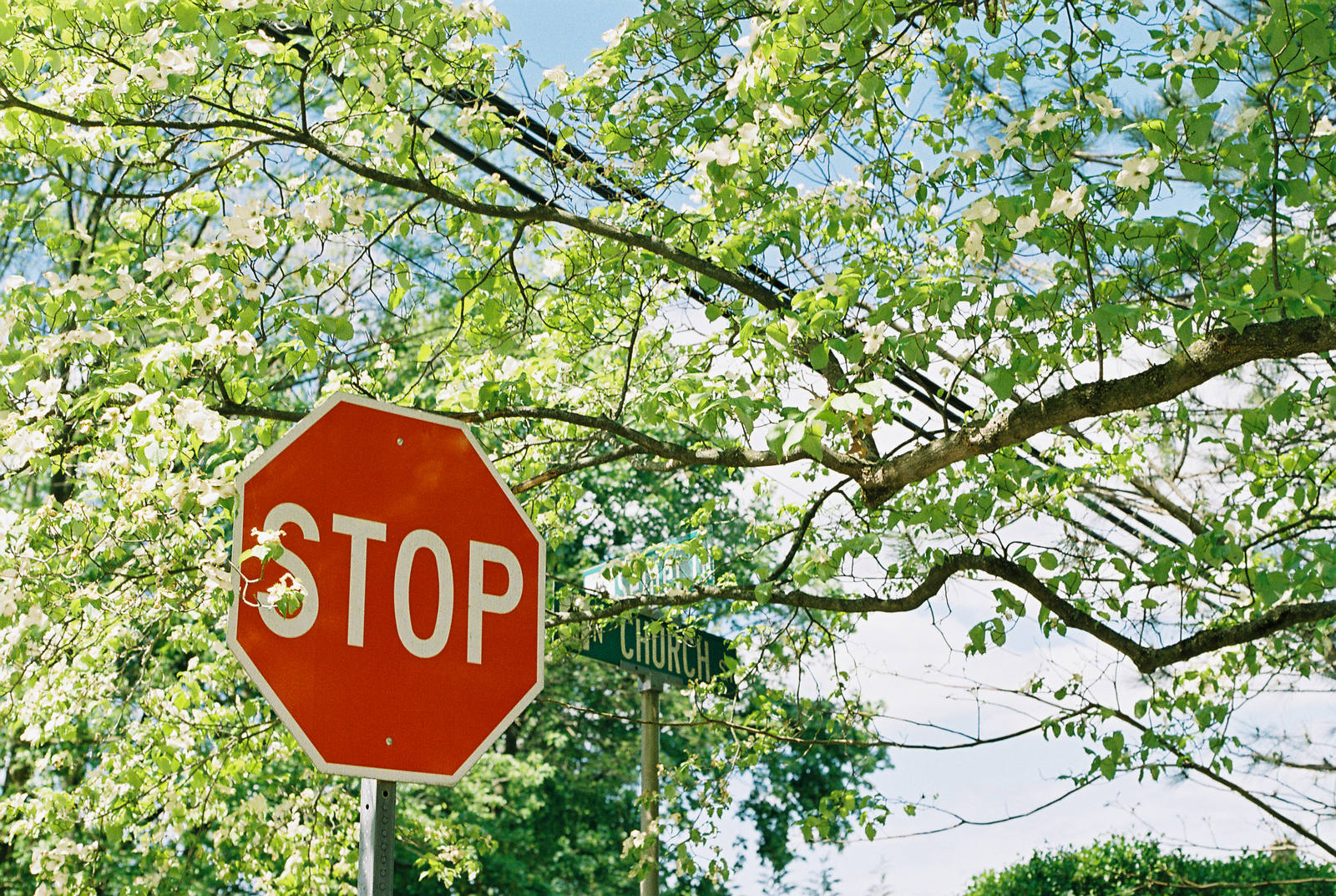 This is a solid camera and I would absolutely recommend it to a beginner learning to shoot, but honestly, just grab whatever camera is closest to you right now.  Shooting on film is magical.

For me, changing the tool I use has never made a significant impact on my feeling toward the frame.  I think it’s more important to find a moment in time that you want to steal for yourself or someone you love.  Practice being aware of what makes you feel.

Whether it’s a yellow disposable rectangle, a broken Pentax, or a clean new Nikomat, shoot what makes you sad or happy or curious or lovely. 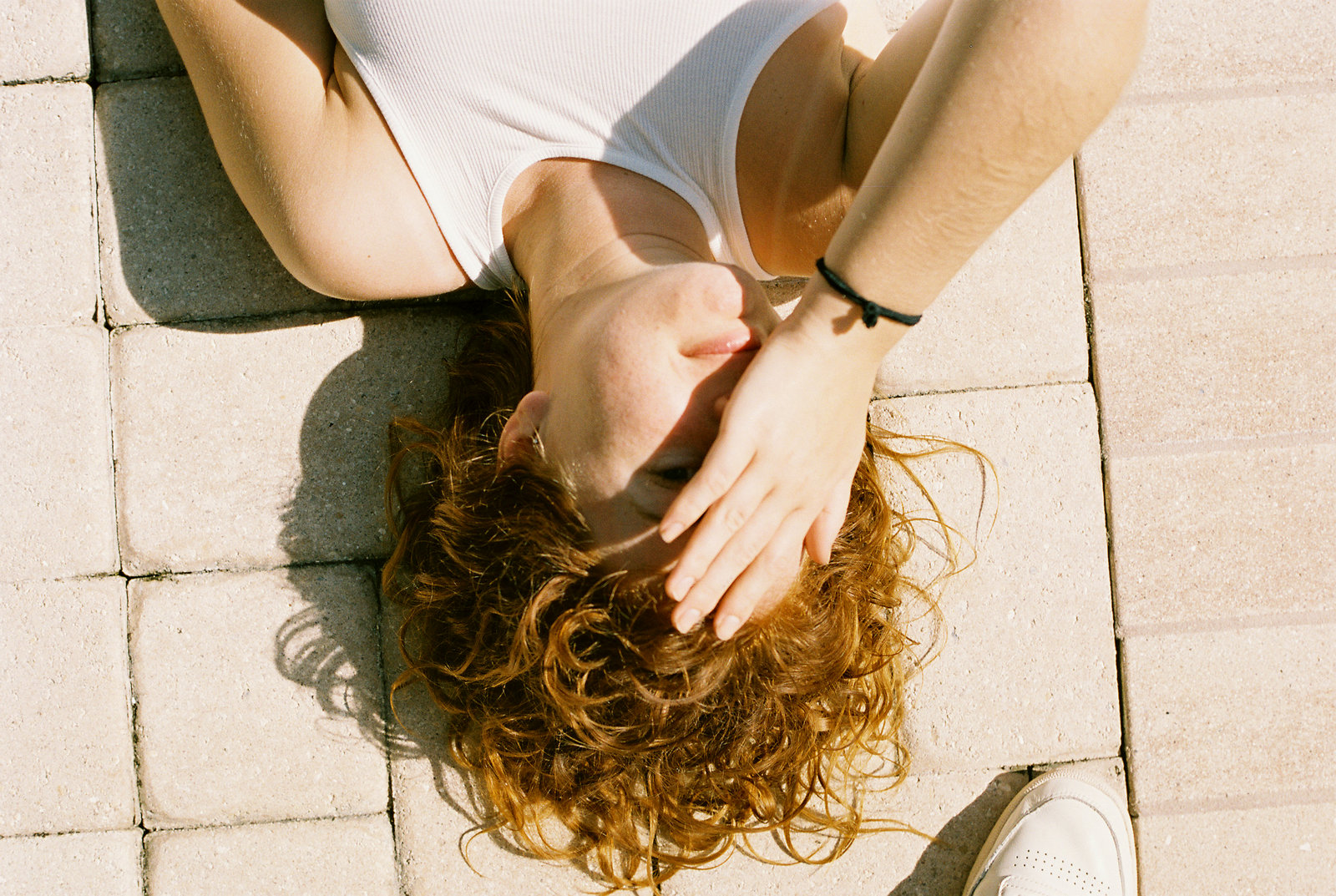 The girl I like shot on the Nikomat EL with Kodak UltraMax 400.

And you can always do what I did:

Items Referenced In This Article 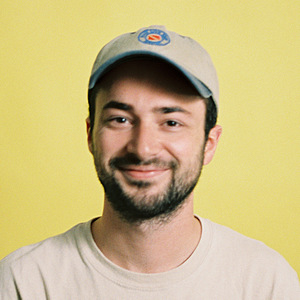